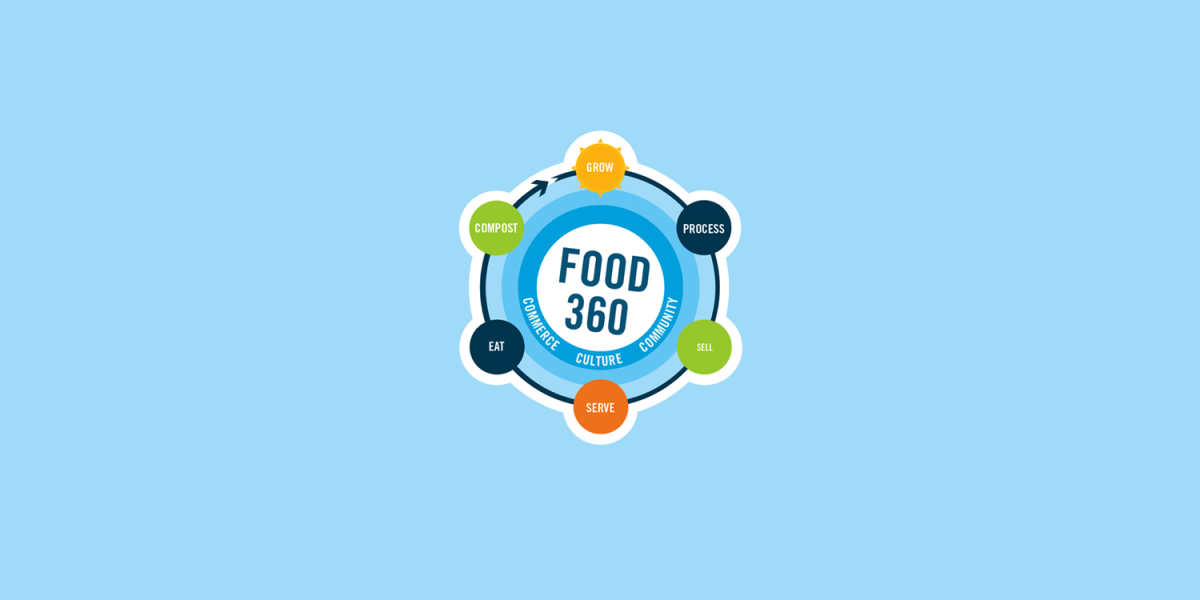 This essay was a presentation given at Metro Vancouver Regional Food System Roundtable on Food in Urban Planning and Design. October 8, 2014.

In 1985, Westminster Quay public Market opened as a 72,000 square-foot retail destination along the Fraser River, accompanying Skytrain construction and condominium development on New Westminster’s waterfront. Over the years, it declined steadily like many public markets in North America. They have been most successful in cities with large number of tourists and office workers. In locations lacking these supports, they have struggled. Many closed or re-tenanted to national franchises. Their once novel setting increasingly lost appeal. Shopping malls and grocery stores soon co-opted the public market’s look and feel. By the time the Westminster Quay Public Market was closed for redevelopment in 2008, two-thirds of the stalls were vacant.

We worked with the premise that public markets need to become a place for activities, beyond commerce. A “market” is where one buys and sells things. But commerce by itself does not distinguish a public market from a shopping mall. For us, “public” means cultural and convivial activities; and in our project these activities are centred around food.

We applied the “activity precinct” framework developed by design consultants HB Lanarc and Dialog to establish a food precinct.1 As a planning concept, a precinct is a place developed around activities. We identified six key food activities – growing, processing, selling, serving, eating, and composting – that would guide design and tenant mix. We dubbed this approach Food 360. The first floor is designed as the Hungry Floor with a food hall showcasing the region’s best independent eateries like Wally’s Burgers, Re-Up BBQ, and Paddlewheeler Pub. The second floor is imagined as the Curious Floor, feeding creativity with facilities like The Network Hub, a co-working space and The Vancouver Circus School.

Central to good urban design is the capacity to foster sense of place in ordinary places.2 And so while the Market is a place for consumption, it also aims to be a place for social interaction and encounters in which food has a key role. The spatial design and programming support this aim. For example, the landscaping around the market has been transformed into an edible community garden.3 The plantings in the garden change every year with the volunteers. The central food hall, designed to function as a seating area, also serves as a gathering space. It is used for a community lecture series, birthday parties, fundraisers, and wedding receptions. During the winter months, it provides the city’s farmers’ market with an indoor location.4

Another design consideration is the layout of vendor spaces. Taking a different approach from traditional markets where vendors are allocated small stalls, River Market’s redesign gives shops a storefront-like space outfitted with a commercial kitchen.5 Consequently, the market can accommodate fewer shops than its 1986 design. Some visitors have expressed disappointment, expecting a market of small stalls like bazaars or farmers’ markets. But importantly, this design has provided the shop owners the opportunity to expand their business beyond food retailing at the market, such as preparing food for catering or hosting pop-up dinners in their market kitchen.

A unique aspect of River Market is its tenant mix of locally owned businesses. River Market’s goals have brought together like-minded entrepreneurs who contribute greatly to realizing the activity precinct around food. The owner of the bakery teaches a weekly baking class for children and the chefs at two of the restaurants hold regular cooking demonstrations as part of the dining experience.6 Another shop owner collects kitchen scraps from residents and other market shops to feed pigs at a local farm. We hold food competitions where market chefs and staff volunteers to compete in cookoffs. These competitions raises money for local organizations, invites market visitors to taste and vote for their favourite, and fosters a sense of community among all of us who work at the Market.

Food has also been a connector, strengthening the link between residents and local businesses. For example, one of the challenges with starting a market around local restaurateurs is the lack of bank financing. To overcome this challenge, we tested a crowd-source financing model. Two of the market’s restaurants have such founders programs through which residents can invest and help with start-up capital. In return, the founders receive food and beverage credits annually.

To strengthen the linkage between buying local and local prosperity, we launched a customer loyalty program called ONE New West with our anchor grocer, Donald’s Market.7 Unlike other customer appreciation programs that focus primarily on points collection, Donald’s Market gives member 1% savings off grocery bills and contributes another 1% into a fund to kick-start local projects. Every year, we facilitate a grassroots ideas competition where residents submit projects proposals and ONE members vote on which projects receive funding. This fund has funded projects such as a shuttle program that takes seniors to famers’ markets and Popluck that convenes open-air potluck dinners in public spaces around the city.

For me, placemaking is about strengthening the connection between people and the everyday places they share. It concerns the process of creating places that people care about and want to be in. The Market has been open for almost 4 years. Realizing the Food 360 activity precinct is still a work in progress. Along the way we have learned some practical lessons.